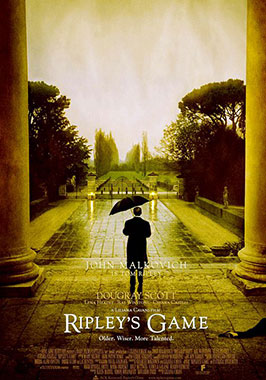 Adaptaion of the novel by Patricia Highsmith.

How to turn an innocent person into a killer?
Nothing less is the diabolical game Tom Ripley – in his second outing on screen – is playing on an unassuming Englishman after he insults Ripley at a party.

Happily married to a beautiful harpsichord player and living in luxury in Italy, Tom Ripley receives an unwelcome visit from an old fellow in crime who is in search of an assassin. Spotting his chance for revenge, Ripley tempts the English innocent to Berlin and into a spiral of death and deception.